St. John Lutheran Church was organized in 1855 in Champaign, which was then known as West Urbana. This was only a year after the railroad came to town, and there were only two other churches in the area. Ours was known as the "Little German Church." St. John continued to hold some services in German even into the 1940s. In 1858, a church building was built on Columbia Avenue near Randolph Street. 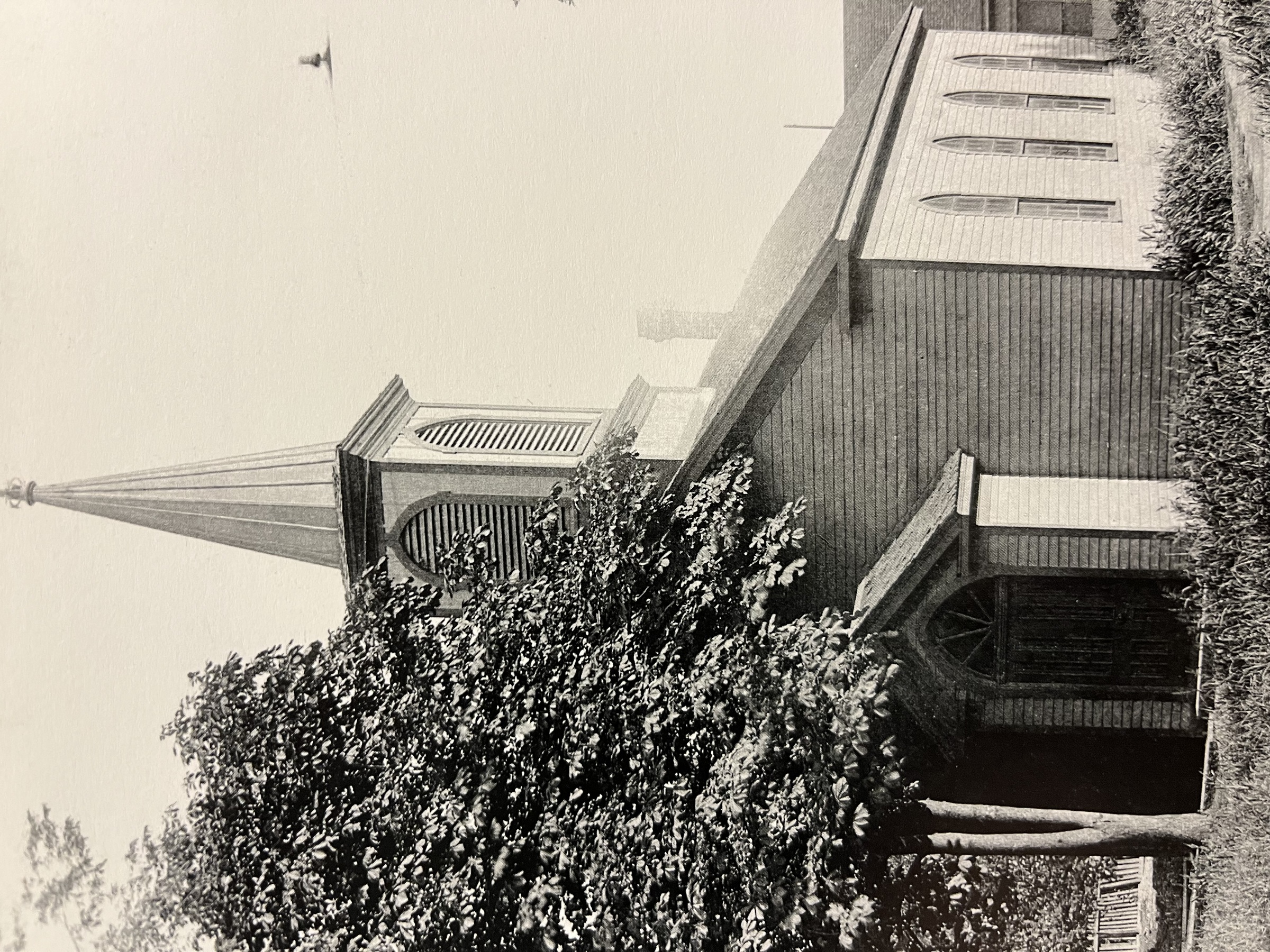 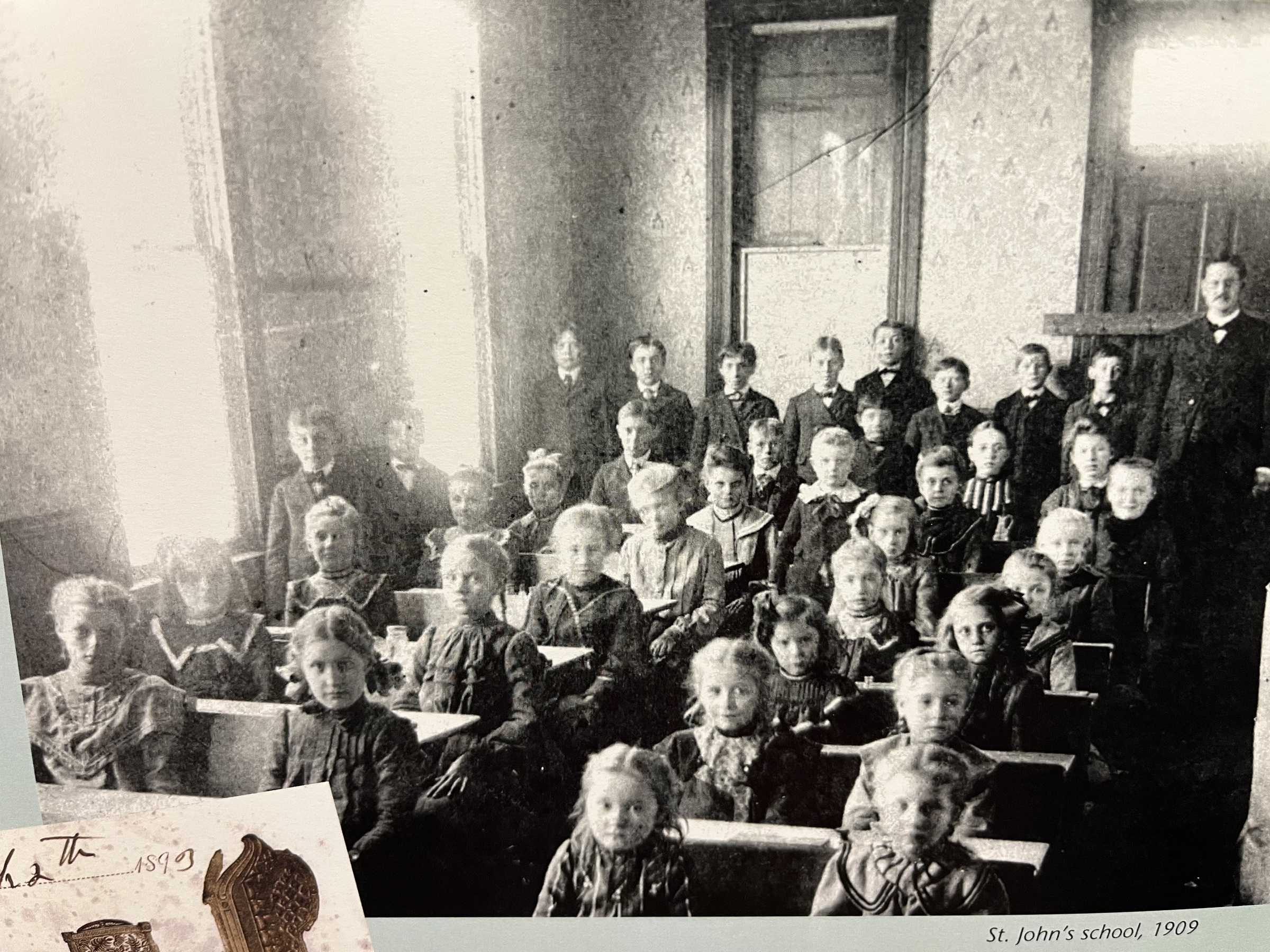 St. John operated a school at 4th & University from around 1863 through 1911. Students would travel across the pasture and farm land to attend school, sometimes students would ride horse cars that traveled between the courthouse and the train depot. Sometimes, they would tie sleds to a farmer's wagon and hitch a ride in the deep snow. At the dawn of the new century, St. John had outgrown her church building, and built a new church at 4th & University. By the 1950s, St. John had outgrown that church. 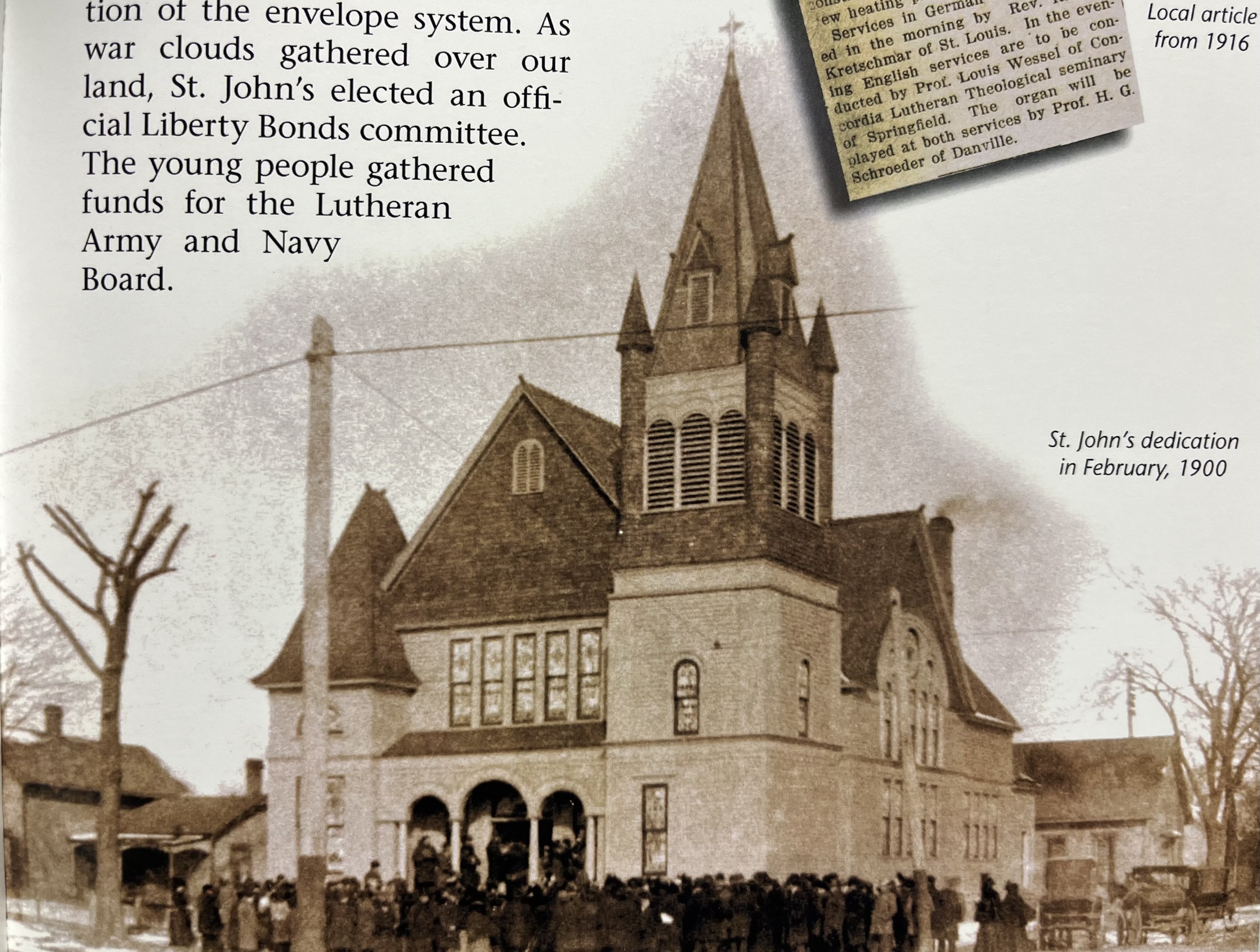 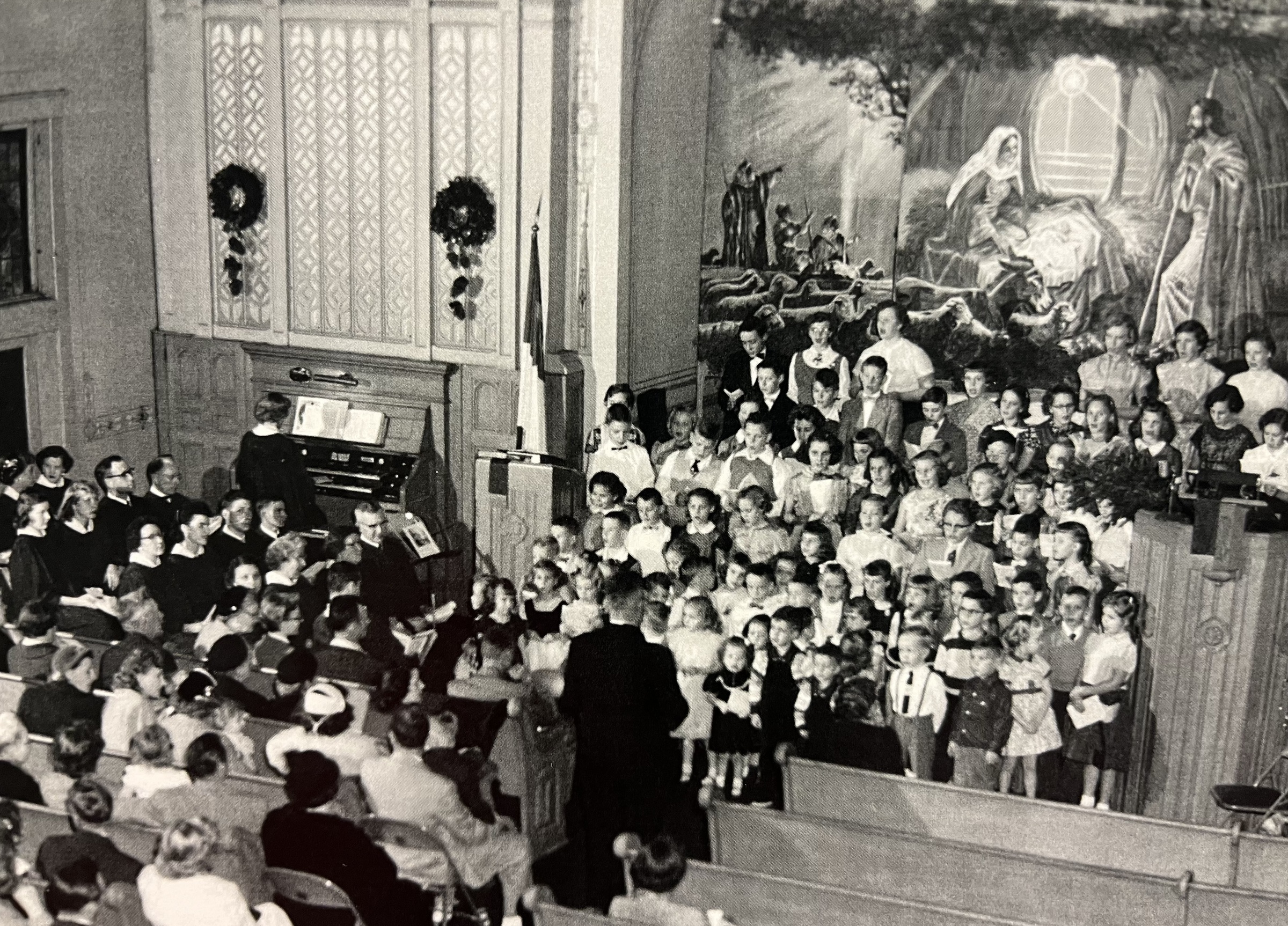 Our current church building was dedicated in 1960 on Mattis Avenue. In 1979, our Little Lamb Preschool began in our church parsonage, which was next to the garage that still stands on our campus. 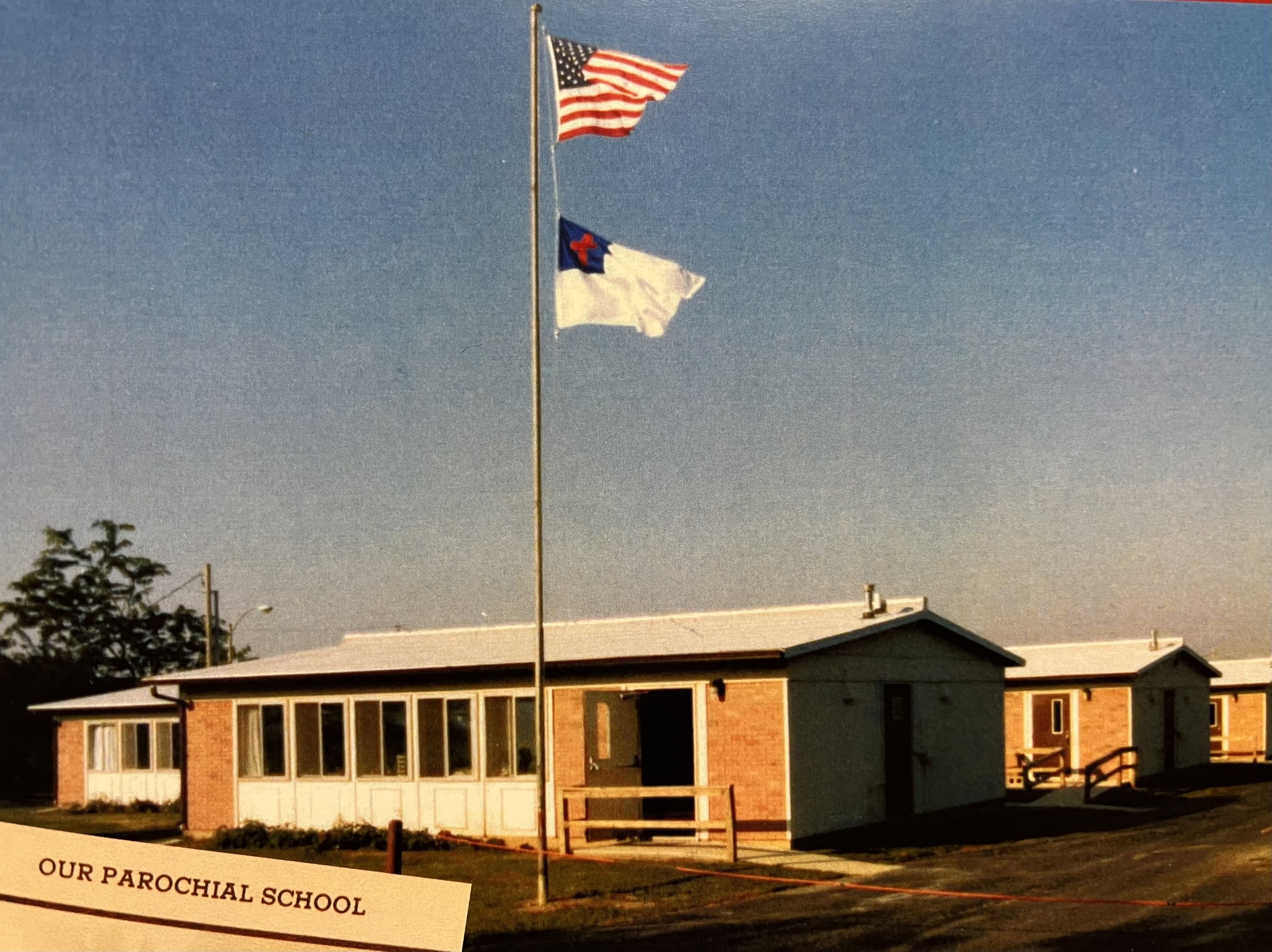 St. John also opened a grade school in 1983. In the early years, there were portable classrooms to house our growing school. In 1988, our school addition was dedicated. Today, our Little Lamb Preschool also resides in the school addition. In 1995, our new gymnasium and music wing was opened. 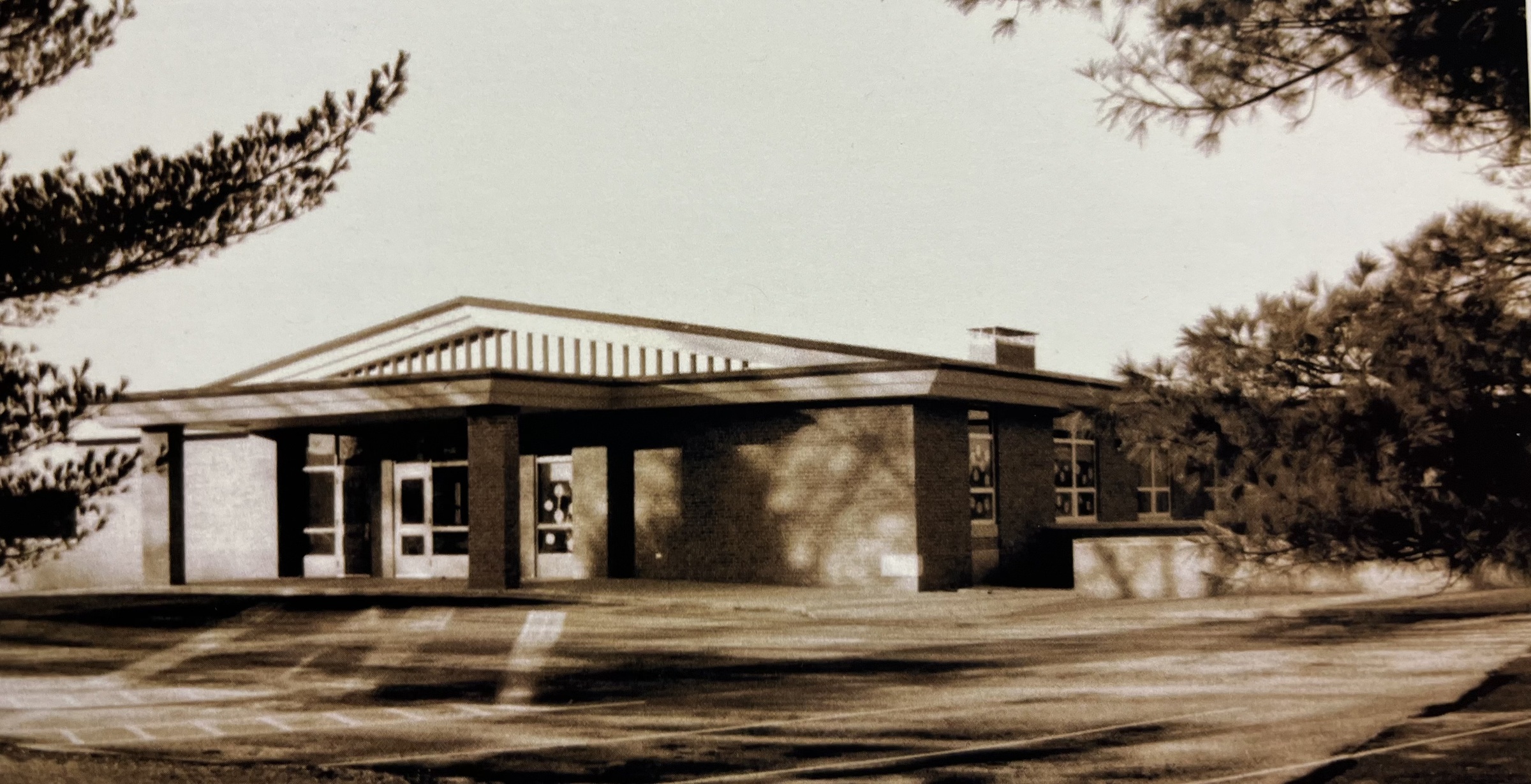 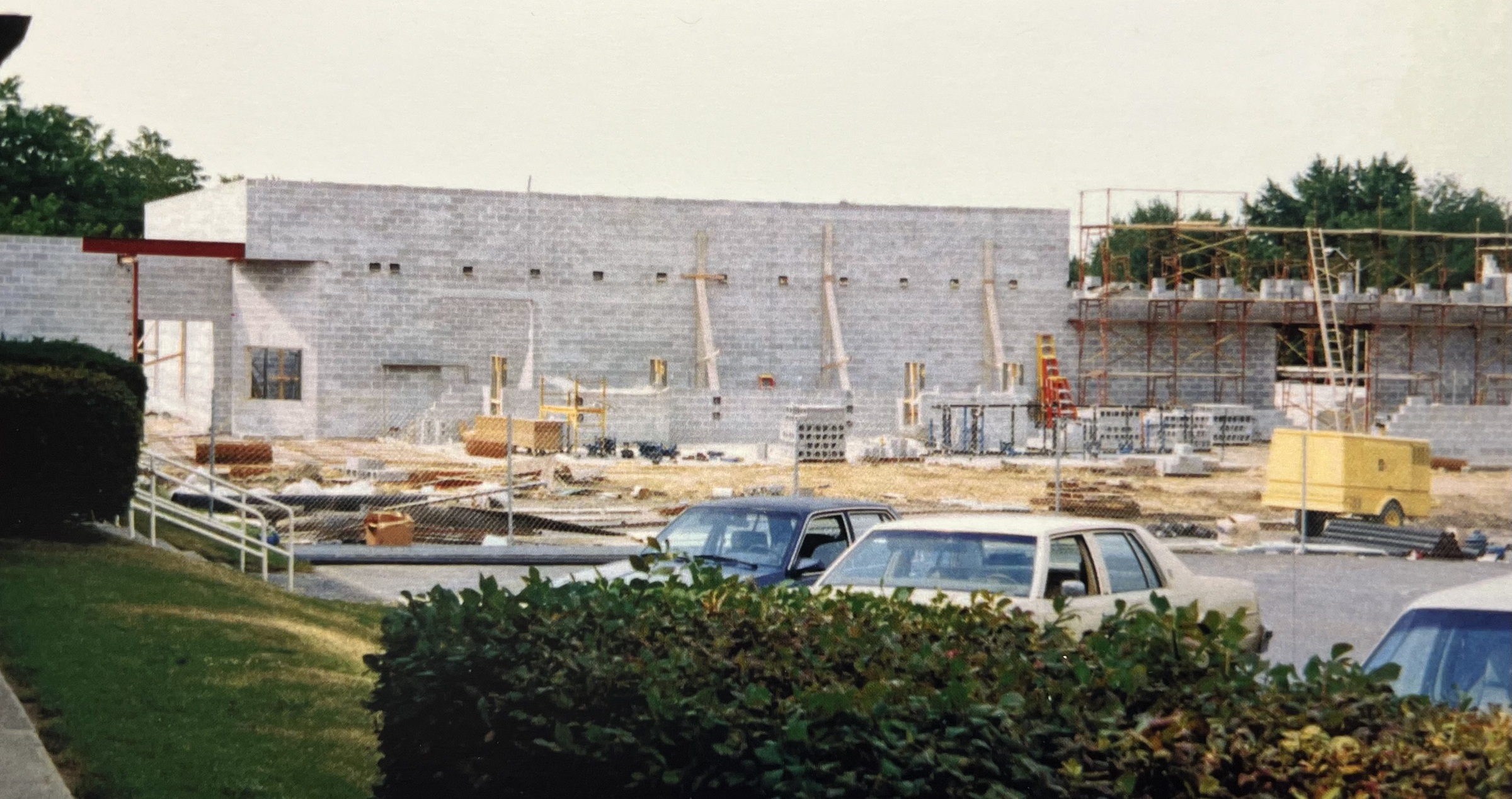 For nearly 170 years, St. John Lutheran has served the Champaign-Urbana area by providing opportunities for word and sacrament ministry, and for Christian education.